There are so many apps out there and it’s hard to know which ones you should have for when you’re traveling, but on this page, I will help you figure out which apps will make your life so much easier when you’re abroad.

The apps you will see on this list are ones which I haven’t already covered in detail and ones that you should have on your phone regardless of how else you plan your travels!

Apps that help you navigate yourself 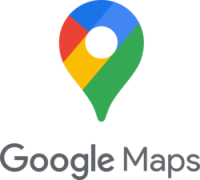 Easily the most important app you can download on your phone for when you travel.  Most people already have it downloaded on their phones, but if you don’t, you need to download it ASAP.

Google Maps can show you where everything is in a city and help you orientate yourself no matter where you are in the world.

You can search for anything from grocery stores to restaurants to tourist attractions and you’ll be able to find them easily and get all the information you need about them such as reviews, their hours of operation, and photos.

You can also get directions by car, public transport, walking, and biking, and it even has ride-hailing capabilities meaning that you can see rates for the local ride-hailing apps and book them via Google Maps.

With so many features and options, Google Maps is simply the best map app you can have on your phone. 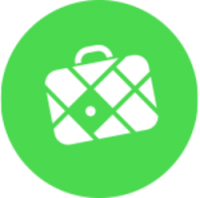 Even though you should get a Prepaid SIM Card for when you’re abroad so that you’re always connected to the internet, sometimes it’s just not possible.  So when it comes to navigating offline, Maps.Me is king.

Google Maps does offer offline maps as well, but Maps.Me is simply better suited for offline travelers because of the fact that a lot of its data comes directly from other users.

Travelers can easily create points of interest on the map and give tips about certain locations for other travelers to discover.

For instance, a common useful point of interest that you can find on Maps.Me which you’ll never see on Google Maps is viewpoints.  While Google Maps may have some of the official ones, Maps.Me will have ones that are off the beaten track and worth visiting.  Users can also add comments verifying the viewpoints, explaining how to get to them, or other key information.

And even if you will have internet while abroad, Maps.Me is still a useful map app to have for this feature as you can find many fun things to do that are recommended by other travelers directly.  You can also use the search function to find anything you need near you as well as get directions by car, biking, walking, and transit, all while offline.

Just keep in mind that the directions and time estimates you get from Maps.Me are not as accurate as the ones Google Maps gives you so take them with a grain of salt.

Apps that help you stay prepared 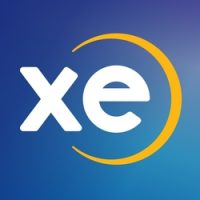 Knowing what the exchange rate is for a foreign currency is extremely important as I discuss in my Guide to Getting Cash While Traveling.

The XE Currency app helps you stay up to date on the current exchange rates for any two currencies in the world so that you know exactly what to expect when you walk up to an ATM, currency exchange booth, or taxi driver.

You can also save your favourite conversions so that you can find them quickly every time you open up the app.

And it even stores the last updated rates so even if you don’t have access to the internet, you can still see what the rate was the last time you were connected which is better than not seeing any rate at all!

A must-have when traveling abroad. 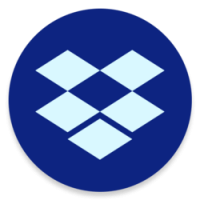 Having a Dropbox account will let you see and access all the saved copies of the important documents you should have when you travel from any device at any time.

Everything from your passport to your travel insurance policy to your driver’s license to any tickets you may have should be saved somewhere like Dropbox so you can access them on the go.

Downloading their app will make it easier to access them on your phone so you can instantly pull up any documents you may need.

Open an account using this link and get an extra 500 MB of storage space for free! 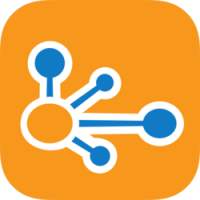 Sometimes it can be tough trying to keep all your reservations and travel plans organized and this is where TripIt comes in.

You sync your email inbox or simply forward all your booking confirmations and reservation emails to their email address – plans@tripit.com – and TripIt puts them all together into an easy-to-read itinerary that you can reference anytime you need.

You can send the itinerary to your friends and family so you can coordinate with them as well as sync it to your calendar.

It will also alert you if you’re eligible for compensation for a flight delay or disruption and provides you with maps of airport terminals as well as statistics about all your travels.

If you want to stay organized on your trip, it’s a good app to have! 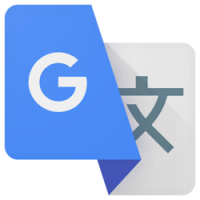 While it would be convenient if no matter where you went in the world, there would be English translations available for everything, oftentimes this won’t be the case.

Google Translate is a great app that can not only provide translations for whatever text you type into it, but also other features such as voice translation, conversation support, and even real-time translation of written text.

So if you’re ever in a situation where you want to translate some written text that you don’t understand or where you have to talk to someone who doesn’t speak English, then Google Translate is a great way to do that.

A must-have when traveling!

Apps that help you stay connected 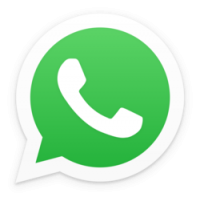 If you’re not already aware, WhatsApp is the world’s largest and most popular free messaging app.  In many parts of the world, it is actually the only way people communicate.

It’s an extremely useful way to stay connected not only with locals, but also the other people you are traveling with and even people at home.

WhatsApp uses the internet to send messages and also supports both voice and video calls between accounts.

It also has some really cool features like being able to send your GPS location to someone else both as a static location and as an updating one if you are on the move as well as group chats and conference calls by voice and video. 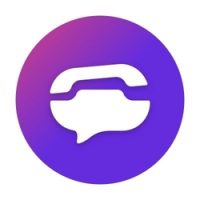 If you need to have a US or Canadian phone number available for people to call while you’re traveling or if you ever need to call back home while you’re abroad, then the roaming charges can get pretty expensive if you rely on your standard SIM card and phone number.

It is able to do this by using a technology called VoIP that connects the calls and texts over the internet.  For the people back home, it will seem like you never left the country and for you, it will let you avoid all those roaming charges that you would otherwise have to pay.

As long as you get a Prepaid SIM Card so that you’re connected to internet on the go, you will be able to make and receive calls and texts anytime. And even if you’re not connected to the internet 24/7, the moment you reconnect, you can see what calls and texts you missed as well as any messages that were left for you!

It’s a great way to stay connected professionally if you’re expecting phone calls while traveling abroad as well as a great way to contact your bank or other services that you would need to get in touch with should anything happen on your trip.

You can also make calls at low rates to many other countries, including free calls to Brazil, France, Germany, Italy, Mexico, Portugal, South Korea, Spain, Sweden, and the United Kingdom.

This app is very highly recommended!

Apps that help you on the go 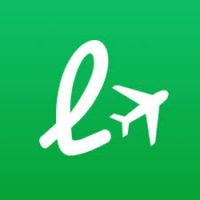 If you’ve always wondered if you can get access to airport lounges, but never knew how to check, Loungebuddy has got your back.

Loungebuddy is an airport lounge booking platform that allows you to reserve access into airport lounges regardless of your elite status, lounge memberships, or class of service and it can also tell you if there are any lounges available that are free!

If you have complimentary access into any lounges based on a credit card, your ticket class, or a lounge membership, then Loungebuddy will let you know once you input your trip information.

And if you don’t, but you still want to experience a lounge before your flight, you can book one using the app’s booking system. It’s a great way to check if you get free access to any lounges and who knows, you might be surprised by what you find! 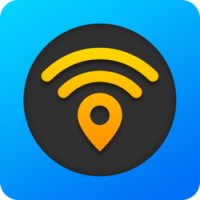 If you’ve ever had trouble finding wifi while traveling, then you should download WiFi Map.  This is an app that will show you all the free wifi spots in any part of the world as well as the passwords to other wifi connections that are also available.

Keep in mind that the data is all crowdsourced, meaning that the information and wifi passwords have all been added by other travelers so it is possible that some of the wifi connections and passwords that the app shows you have changed since the last time the app was updated or simply might not actually exist anymore.

Therefore, be prepared to find some duds once in a while.

If you pay for the Pro version, you can also access the map offline as long as you download the offline map for the region you plan to visit before you lose your connection to the internet.

And if you come across free wifi on your travels or want to share a password, add it to the app to help out other travelers! 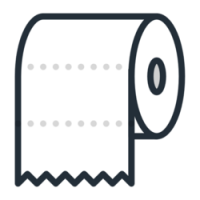 Flush is an app that you can use to show you user-suggested public washrooms around the world.

You can see information such as whether or not the washroom has disabled access, requires a key, or has a fee to use it.  You can also add other washrooms you find along the way to help out other travelers and even use it offline!

Keep in mind though that just like WiFi Map, the data is all crowdsourced, meaning that the information and suggested public washrooms have all been added by other travelers so it is possible that some of the washrooms that you see on the map might not actually exist or might have incorrect information.

As a result, be prepared to check more than one washroom.  Regardless, it’s worth trying out if you really can’t find anywhere to go! 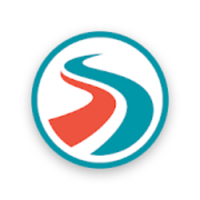 If you plan to rent a car or you’re going on a road trip in Canada, the USA, or Australia, then GasBuddy is a must-have.

It will show you all the nearest gas stations and the ones along your route as well as their current prices for gas so that you can find the cheapest option available.

This app can save you 5, 10, or even 20 cents per litre/gallon by showing you how far the cheapest gas stations are in those three countries which is super helpful!

Having the right travel apps for your phone can make a huge difference in your travels and really help you out in many different ways.

Let me know in the comments below if this guide helped you find some useful travel apps and if you’d like to know which travel accessories you should get for your trip, check out my Guide to the Top Travel Accessories.