How To Get The Best Seats On Any Flight For Free 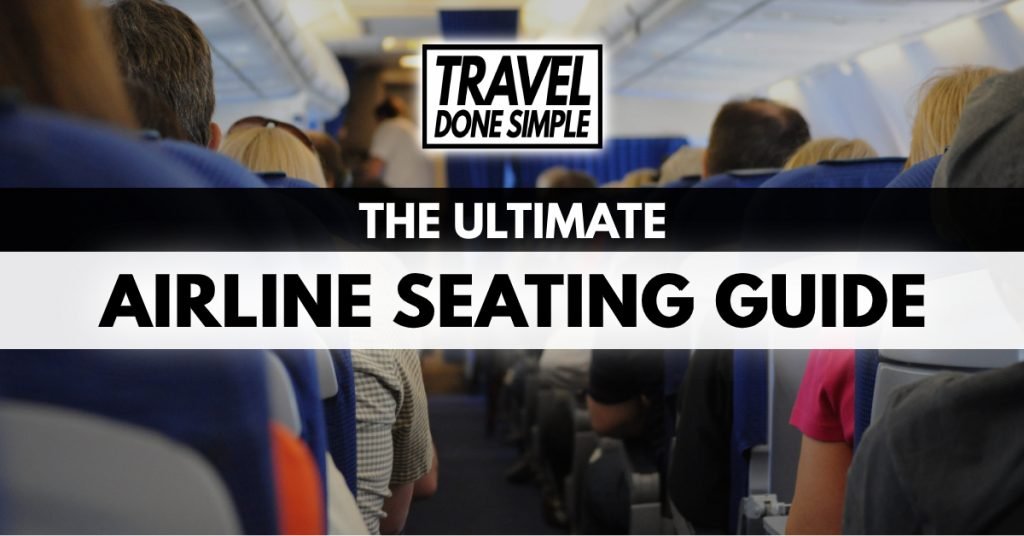 When flying first started becoming a viable way of traveling after WWII, it was very exclusive and luxury/comfort was the top priority for airlines.

This showed in the ways the airlines arranged their cabins.  The seats were spacious with plenty of leg-room and it wasn’t uncommon to have sections of the plane reserved for bars or lounge areas.

These types of features can still be found on commercial airlines today, but they are reserved for first class passengers on long-distance flights.  The rest of us have to deal with cramped seats that seem to get smaller every year.

Less leg-room, smaller armrests, and getting stuck with the middle seat are some of the inconveniences we have to accept now if we want to hop on a plane.  A small price to pay to explore the world in my opinion, but there are ways to improve the experience by getting better seats!

Most, if not all, airlines these days now charge you to be able to select your seats on a flight, some even going so far as to separate you from the rest of the people in your booking in an effort to convince you to pay to be seated next to them.

However, there are ways to get better seats than the ones they give you, for free!

In this guide, I’m going to share my top 5 tips to getting the best seats possible for free on any flight:

1. Check your booking to see if you can change seats before you check in

This one seems like an obvious one, but a lot of people miss this.  If you’re traveling with a normal airline (not a budget one), you might be able to change your seats for free before you check in to your flight.

It doesn’t hurt to try as you’re booking your flight because there are still some airlines out there that haven’t started charging you to change your seat yet.  See if you can change your seat for free and if not, try again after you’ve already made your booking.  You might get pleasantly surprised!

2. Check in online as early as possible for your flight

If you weren’t able to change your seats for free as you were booking the flight, the best thing you can do is set a reminder on your phone for the exact moment in which the online check-in opens for your flight.

For some airlines, it’s 24 hours before, for others it could be 48 hours or more so make sure you double check what your airline’s check-in policy is.

For example, if your flight leaves at 11:20 AM on a Tuesday and your airline has a 24 hour online check-in policy, set a reminder or alarm on your phone at 11:20 AM on Monday reminding you to check in for your flight.  Once it’s time, do the check-in and you should be able to select whichever seats you want!

The earlier you do it, the more seats you will have to choose from since other people haven’t checked in yet.  This only works for airlines that don’t charge you to change your seat.

3. Check in online as late as possible for your flight

Yes, you read that right.  There are times when checking in later for your flight will actually get you better seats.  This is usually when you are flying with an airline that doesn’t let you choose your seats for free and assigns you a random seat instead as well as charges you a fee to check in at the airport.  In other words, most budget airlines.  Here’s how it works:

Most budget airlines want to convince you to pay for a better seat so what they’ll do when you check in and get assigned a “random” seat is actually give you the worst seat they have available (usually a middle seat near the back of the plane).  They do this because there’s more of a chance that you’d be willing to spend more money on a better seat if you are given a terrible one at check-in.

So if you actually check in later, say 4 hours before your flight instead of 24 hours before it, most people that have checked in earlier will have already been given all the worst seats on the plane so the system will have to give you a good one like a window, aisle, or exit row seat!

I don’t have any data or anything that I can show you to prove that airlines do this, but in my own travels flying with Ryanair specifically, I have gotten much better seats by waiting to do my check-in a few hours before the flight instead of right when it opens.  In fact, I have never received a middle seat and I oftentimes receive an exit row seat doing this!

It’s worth a shot and you have nothing to lose, really.  Just make sure you don’t do it too late either because many airlines close the online check-in a few hours before the flight (depends on the airline, sometimes it’s 2 hours before, sometimes 4).

Double check what your airline’s online check-in policy is and give yourself at least an hour before the online check-in closes in case you get busy and forget or something.  You don’t want to end up paying the airport check-in fee!

4. Ask the check-in agent nicely if you can change seats

This won’t work for budget airlines or other airlines that charge you for seats or airport check-ins, but for most normal airlines that don’t, you might be able to get a better seat just by asking nicely when you’re doing your check-in.  You never know if you don’t ask!

A lot of people don’t realize this and if the agent is in a good mood, they might swap seats for you.  You usually have better chances with this if you arrive at the airport earlier to do the check-in since there will be more seats available for them to choose from.

Give it a try next time you check in at the airport for a normal airline.  You might get pleasantly surprised!

5. Just swap seats when you're on the plane

Once boarding is complete and you notice that there are quite a few empty seats or even rows around you, don’t be afraid to just get out of your seat and take one of them!

Sometimes the flight attendants will stop you or tell you that you have to pay to change seats if that’s the airline’s policy, but other times they won’t care.  If you do it nonchalantly enough, they may not even notice that you’ve switched.

If you notice that your flight is not filling up and the flight attendants announce that boarding is complete, give it a try!  I’ve scored whole rows to myself doing this which made it much easier to sleep than sitting upright in a middle seat.

It’s worth a shot and the only risk is the potential embarrassment of having a flight attendant come up to tell you that you can’t switch seats which isn’t such a big deal in my opinion.  It’s easily worth that risk, you’ll never see the rest of the people on your flight again anyways!  You can also try it once you’re in the air if you prefer.

And if you are looking to sit next to another person that you’re traveling with who got given a seat in a different row, don’t be afraid to ask the person sitting next to them nicely if they would be okay swapping seats with you.

This works best when an aisle or window seat is offered to the person since most people probably won’t want to take a middle seat.  Most decent people will say yes!

With these tips, you will rarely have to deal with the dreaded middle seat again!

Let me know if these tips worked for you in the comments below.  And if you want to know some strategies for cheaper flights, check out my Guide to Cheap Flight Strategies.